… “It was clear that both caregivers and providers could benefit from a resource that would set the record straight about how Ontario’s privacy and consent rules apply to them. In this report, The Change Foundation set out to address these concerns …”

The 2016/17 Annual Report and website of the Ontario Patient Ombudsman who is mandated to:

It would be useful to hear from practitioners/clients their local experience here in Ottawa as this new initiative has great potential to contribute to care change/improvements.

…we are asking patients and caregivers to continue to be fearless in bringing their complaints to our office and for health sector organizations to be fearless in working with us to help improve Ontario’s healthcare system.

The paper explores the notion of ‘dirty work’ in relation to the newly created role of the Approved Mental Health Professional (AMHP). An AMHP undertakes various duties set out in the 1983 Mental Health Act, as amended by the 2007 Act, in relation to assessments to make applications for compulsory admission to psychiatric hospital. It has been argued that undertaking this social control function is ‘dirty work’. However, the findings from a study of social work AMHPs in England suggest that the picture is more complex. Extracts from narrative interviews are analysed using dialogical narrative analysis. Rather than being designated as dirty work, AMHP duty was presented as prestigious and as advanced social work. However, through their storytelling, the social workers clearly delineated the aspects of AMHP work that they did designate as dirty, specifically the lack of beds, the complexities of co-ordination and the emotional labour which is an inherent part of the work.

After years of work in developing the report, the Law Commission of Ontario’s final report with suggestions on implementation.

These laws have a profound impact on the wellbeing of the individuals addressing both the protection of the autonomy of affected individuals and the risks of abuse and exploitation of individuals who may be vulnerable.

This project responds to public concerns regarding:

You’ll often see me banging on on twitter about human rights (often using the hashtag #humanrights). Why have I got such a bee in my bonnet about human rights? Aren’t they just for journalists locked up in foreign jails, prisoners banned from voting or from being sent books, refugees? Aren’t they just about freedom of expression, torture, death row inmates? And why do they even matter if the government scraps the Human Rights Act, as we’ve heard the Conservative party propose recently? These are all important questions. … (go to rest of article below)

This video maybe made a bunch of years ago, but fantastic story of bridging human rights and engagement with the law, to a person’s everyday life.

NYAPRS Note: Despite prominent news coverage, legal settlements and litigation and years of advocacy, thousands of adult home residents still await the promise of realizing their right to live in the most integrated settings in their home communities. See below for how this issue has reverberated in court rooms and in Albany over the past few weeks.
Accordingly, self and system advocates for adult home residents are coming to Albany this Wednesday to call on state officials to keep their promise to support their peers to live in the community. One has only to experience Coco’s story at https://youtu.be/T9o0sKUkI0A to appreciate what it’s like for a resident to assume the dignity and independence of life in her own apartment in the City.

NYS Adult Home Residents with Psychiatric Disabilities Still Wait for NYS
to Keep Its Commitment to Support Them to Live in Most Integrated Community Settings
NYAPRS March 13, 2017

In 2002, the New York Times’ Cliff Levy wrote a Pulitzer Prize winning investigative series exposing NYS policy failures regarding New Yorkers with psychiatric disabilities, many of whom had been wrongly discharged from state hospitals into inappropriate if not abusive adult home institutional settings in NYC, in violation of their ADA rights to live in the most integrated community settings. See for Cliff’s first article in the series at http://www.nytimes.com/…/for-mentally-ill-death-and-misery.…

After years of unsuccessful legal action and legislative advocacy with previous Governors, the Cuomo Administration took two very important actions:
· It stepped forward and reached a legal settlement agreement to help move about 4,500 residents to more independent and normalizing community settings and
· It promulgated a regulation that would stop referrals of people with psychiatric disabilities into adult homes with censuses of 25 or more adult home residents, in contrast to the several hundred who currently live in several of them.

Taken together, these actions essentially closed the front door of these institutions to New Yorkers with psychiatric disabilities and opened the back door wide to afford them their rights to live out of institutions and into the community apartments with supports.

Despite the terms of the state’s legal settlement, NYS state agencies have helped only 475 of these residents transition to community based apartments since 2014, despite allocations of state financial and staff resources and new housing beds. That’s 475 or 10% of the now 5,000 residents who fit the terms of the settlement.

While one reason given is that residents no longer express a desire to leave, advocates believe that residents have become discouraged by years of broken promises and a lack of sufficient ‘motivational interviewing’ skills on the part of in reach teams.

And, to make matters worse, state agencies acceded a few weeks ago to a law suit put forward by the adult home operators challenging the regulatory limits of allowing no more than 25 residents per home and agreed to a temporary restraining order.

In response, the judge in the original settlement, Nicholas Garaufis, Senior United States District Judge serving on the United States District Court for the Eastern District of New York, exploded and demanded that Attorney General Eric Schneiderman personally appear to explain why the state backed down on contesting the regulation while dragging their feet so starkly on the settlement.

So the front door remains open and very little is happening out of the back door….and the residents continue to wait for the state to keep its commitment to them and to the court.

Look tomorrow for a news advisory for the Wednesday news conference by residents and advocates to press that thousands of residents are provided the supports that Coco received to live in the community.

Reuel Amdur examines child abuse and the role of the ombudsman in seeking what is “just,” in this article from the Canadian Charger http://www.thecanadiancharger.com/page.php?id=5&a=2059

Ontario Ombudsman Paul Dubé issued a hard-hitting report on his organization’s investigation of short-comings of the Ministry of Community and Social Services in its handling of the situations of the mentally deficient. He found “a baffling lack of flexibility from officials at the top.” Well, the ancient Romans had a word for it. “De te fabula narrantur.” That’s your story. Let me explain.

C. was sexually abused as a child.  When asked about school, he replied that he did not do well and was always in special classes.  Recently he applied for benefits from the Criminal Injuries Compensation Board (CICB) for what had happened to him.  “It ruined my life,” he said.  The CICB refused to hear his case because he was himself guilty of such behavior and, as the CICB observed, not all abused persons become abusers.  The next step was to go to the Ombudsman.

The submission to the Ombudsman included references to the literature on sexual abuse by victims of abuse, especially those of low intelligence who as children had also suffered physical abuse.  (Cecil’s father, he said, used to hit him in the face and on the head.)

While the CICB is correct in saying that abuse victims do not necessarily become abusers, that is only part of the story.  When the case was outlined to Dr. Irvin Waller, a criminologist of world renown, he commented, “It’s kind of obvious.  Child abuse, physical or sexual, is well established as a risk factor for persistent offending in teenage and adult years.”

In his Smarter Crime Control (Lantham, MD: Rowman & Littlefield, 2014), he says, “. . . childhood maltreatment approximately doubles the likelihood that an individual will engage in crime; the outcomes are even more exacerbated in cases of sexual abuse.”  (Emphasis in original.)

The World Health Organization’s 2014 Global Report on Violence Preventionstates as follows: “Maltreatment can cause changes in the brain that increase the risk of behavioural, physical and mental health problems in adulthood.  Being a victim of child maltreatment can increase the risk that a person will become a victim and/or perpetrator of other forms of violence in adolescence and adulthood.”

A similar finding was made by R. Karl Hanson and Andrew Harris, in their report Dynamic Predictors of Sexual Recidivism (1998) for the Department of the Solicitor General.  The factors cited in the report are childhood environments and low intelligence.

Our submission to the Ombudsman also noted the Freudian understanding of sexual interference during the latency phase of development.  It would be, from that perspective, mental illness, substance abuse, or anti-social or character disorder of one sort or another.  While, as the CICB argued, not all such childhood victims repeat the behavior, that is a matter of their innate ego strengths.

The Ombudsman’s office chose not to consider this argumentation, restricting itself to finding that the CICB acted within its jurisdiction in refusing to hear the case.  Similarly, the Ombudsman refused.

According to the Ombudsman’s Act, the Ombudsman may speak to a decision that “was unreasonable, unjust, oppressive, or improperly discriminatory, or was in accordance with a rule of law or as provision of any Act or a practice that is or may be unreasonable, unjust, oppressive, or improperly discriminatory.”

The Ombudsman did not even entertain the concerns presented.  It handled the matter in a dismissive and bureaucratic fashion.  Indeed, Mr. Dubé, “De te fabula narrantur.”

It appears that they had been coopted and neutered.

Please visit the Community of Practice (CoP) at: 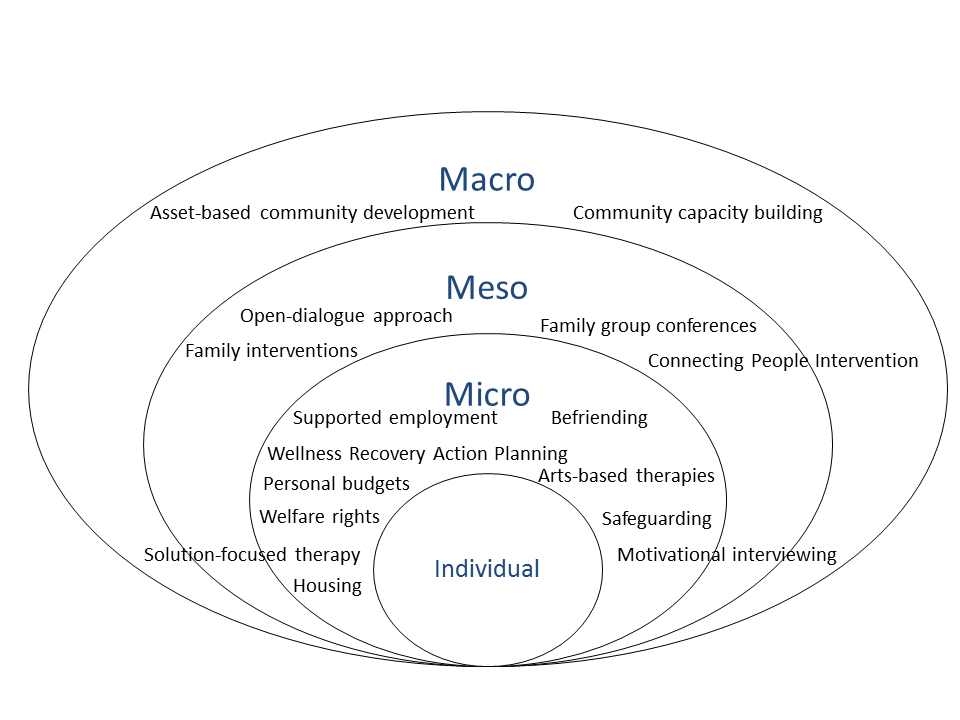